What Innovation Depot and College Apartments Have In Common

By Anita TurnerNovember 13, 2017 No Comments

I had the good fortune to go to grad school first in Malibu and then in Brentwood, California.  While this period of my life was full of many adventures, challenges and opportunities, it was not full of material resources.  As a result, the different apartments I lived in over this six-year period were spare, functional and full of Ikea furniture.  Despite this fact, I have wonderful memories of each apartment due to the people and the experiences that filled them.  While I love now owning a house with a garage for our cars and an extra bathroom or two, I look back fondly on this time and these places. This is exactly how I characterize the start-up period of a business in relation to its initial office space: challenging, resource-constrained but full of adventure and fun.  A start-up’s office may not feature Google-like slides or LinkedIn’s silent disco, but it will probably hold a special place in the initial staff’s memory for years to come.

More than 60 start-up companies call Birmingham, Alabama’s Innovation Depot home.  A nationally-recognized business incubator, Innovation Depot contains 140,000 square feet of office, lab and co-working space with amenities that include a rooftop patio, restaurant, game room, gym and shared conference areas.  While these amenities are nice, the real estate flexibility Innovation Depot provides its tenant companies is one of its most valuable amenities. The view from the nosebleed seats at Knight Eady

Depot tenants typically lease space in the incubator for the initial 4 or 5 years of their existence, until they “graduate” to permanent space elsewhere (or, occasionally, cease operating).  Innovation Depot makes managing growth over this period easy in that tenant companies are not locked into leases for specific spaces or for specific terms.  If a tenant company anticipates rapid growth, it need only communicate this to the Depot staff who will then identify relocation or expansion spaces within the Depot to accommodate the forecast growth. Last week I visited four companies based at the Depot to see how they were handling their growth.  Each one of them has moved at least once from its initial Depot space.  Viperline, for instance, has experienced record growth for several years in a row and consequently has relocated and expanded several times.  Sports event marketing company Knight Eady’s growth necessitated its recent move into a large space vacated by AtlasRFID’s graduation from the Depot.  (See photos of AtlasRFID’s new space here.)  Growing company Theranest has since moved into Knight Eady’s former space. The size of space required by each company is not always reflective of a company’s revenues or number of employees.  Rather, at any point in time, the amount of space required depends more on a company’s operating style.  Theranest, for instance, has several employees that are distributed, i.e. they work remotely from other geographies and rarely come into the office.  As a result, Theranest does not need an in-office seat for every employee, however, the company does value spaces where visiting employees can drop in and work with the rest of the team. Compare this to Knight Eady, whose employees are primarily based in Birmingham but are often on site at various sporting venues across the country.  When Knight Eady’s employees are in the office, each one has a dedicated workspace.  They also have room to move because Knight Eady’s core values include creating an engaging and contagious work environment.  At Knight Eady, this means there must be room to gather (for instance, at their custom-built farmhouse table), to play cornhole or throw a football or to brainstorm their next project. Viperline’s space acts as an operations hub for the company while its employees spend a significant proportion of their time on-site with clients.  Thus, while Viperline employs eight people, typically there are only two or three in the office.  However, Viperline frequently welcomes clients into its space, so it recently expanded into a larger conference room/client service area. Icebox Coffee’s space is more utilitarian as they actually brew their product in their Depot space.  As a result, it contains fewer dedicated employee seats in favor of a larger production facilities.  As Icebox Coffee’s production has grown, so has its space.  Recently acquired by Royal Cup, Icebox will be moving out of the Depot next year. What do all of these spaces have in common? Versatility, energy, thrift. When Knight Eady moved into its current space, it invested modestly in lofted workspaces built on top of telephone booth-like quiet areas and a Wrigley Field-themed wall with a barn door.  (Back to my grad school analogy – remember “lofted beds” in dorm rooms?)  They added a little paint, bold graphics and a few turquoise carpet tiles and the space works perfectly for them.  If and when Knight Eady outgrows this space in a couple years, they won’t have to walk away from a large capital investment, just some good memories that I am certain Thomas Coiner has captured for them on video. Similarly, Theranest saved money by decorating with quirky prints hung with skirt hangars (Pinterest would approve) but invested in functional sit/stand workstations that can easily be moved and/or reconfigured as their various departments grow and evolve.    For its desk needs, Icebox Coffee purchased stainless steel tables that might have been found in a restaurant supply store.  They are both easy to move and easy to keep clean in a food manufacturing environment. While the end goal for all of these companies is certainly the kind of profitable growth that will necessitate graduation from their scrappy start-up days at the Depot, each company is currently demonstrating that space can be functional and productive on a shoestring budget.  And down the road, I am sure they will reminisce about the fun of their start-up days at the Depot just as I miss my dive apartment on Lincoln.

All images by Sarah Peyton Photography. 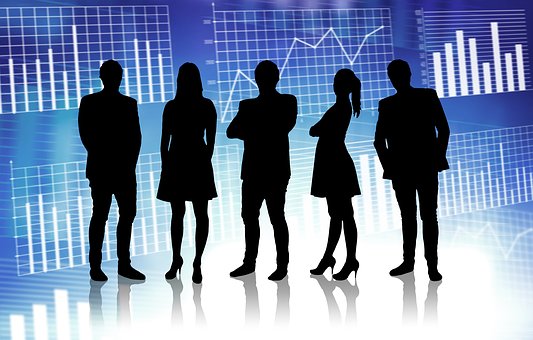 Is An Increase In The Partner To Associate Ratio In Law Firms A Good Thing?

Is An Increase In The Partner To Associate Ratio In Law Firms A Good Thing?